I’m a journalist. I’ve worked around news for many years. Whether I’ve been on the front-line: interviewing, out and about reporting or presenting it; or in the background news-gathering, writing, editing audio and video, I have for a long time been abreast of current affairs and the headline-grabbing stories.

Even when I took time out to have children and at one point, what I refer to as a ‘sanity break’ 😉 and found myself more of a consumer than generator of news, I was still involved with stories. I was writing the draft of a novel and a memoir for a client and of course reading bedtime story upon bedtime story until little people’s eyes grew heavy.

There is something very powerful about a story. One, well told, will draw you in and keep you riveted and reading until you’ve reached its conclusion.

Some stories don’t need an author to create them, they unfold in real time before us. They’re happening out there in the world and they captivate us because they contain all the essential components of a good story and they’re about real lives, people like you and I.

Now I watch or listen to the news in snatches – young children and working on a new business will do that – but recently there are a couple of stories which have really captured my heart and my imagination, much like many people in this country and around the world.

One, which I’ve commented on a little and posted about on Instagram is the World Cup, but in particular, the England team playing in the World Cup. The other is the absolutely gripping and heart-wrenching story of the rescue of the Thai boys and their football coach trapped in a cave system in Thailand.

Both of these do have some link to football, but it’s not the focus here. In fact, I expect this will be the only time I ever find myself blogging about anything remotely to do with football!

It’s the determination of a young man powering down the pitch, the frustration and grief of a missed shot with the weight of a country’s hopes on his shoulders. It’s the excruciating fear of a young boy trapped, wanting desperately to see his mum, to not celebrate his birthday in the dark. It’s the perseverance and courage of a naval diver testing himself whilst risking his life to save those relying on him. It’s the sheer visceral relief and elation of knowing your child has come out safe and alive after weeks believing he might die.

We can’t neglect to mention Elon Musk’s contribution to the Thai rescue effort. The SpaceX CEO kept coming up with ideas and suggestions to try to make the boys’ transition through the cave easier. Although his kid-size submarine wasn’t used, it once again goes to show how these stories impact around the world and inspire action, kindness and generosity.

So what else can we learn from these stories?

It’s incredible what the human mind can cope with when tested to its limits. When you’re up against huge challenges, uncertainty and pressures, some waiver, some flounder and some rise up, overcome and grow stronger for it. 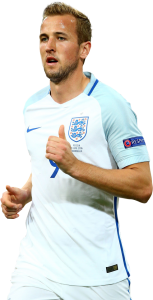 Much has been said about the resilience of the English football team. It’s not just withstanding the pressure of being in such a prestigious competition, it’s about coming back from criticism and humiliation (Iceland Euro 2016) and maintaining focus. They did that. They showed us a team reinvigorated, able to put the past behind them and make the country proud again.

It’s reported how the Thai football coach helped the boys through the ordeal with meditation. Surviving with little food and water, barely any light and the uncertainty of your fate and that of your friends would have required huge mental strength. That resilience undoubtedly helped keep them alive.

The mindset required to keep on going, to keep striving despite apparent unfavourable odds, is something we’ve witnessed despite obstacles of geography, physiology and mentality.

Determination on the faces of the players, determination in the hearts and minds of the rescue divers. Despite the loss of one of their own divers, the Navy SEALS persevered. It led to the successful rescue of 13 people, who many might have given up as lost.

Keep on taking the steps

Head down, staying focused and doing the job in hand.

Rather than being daunted by the final goal, the what-ifs, the maybes, the England squad kept on going, playing each game, focusing on the task ahead.

The rescue team navigating the caves, the process of figuring out how to best extract the boys, the successes and unsuccessful methods but never giving up.

The boys did not panic. They got through each day, passing the time and going through the process of training, waiting and then more waiting. Taking each day as it comes is a cliché I try to avoid but in this case, it’s exactly what was happening.

England began their World Cup campaign as underdogs. A young and relatively inexperienced team overshadowed by a humiliating defeat two years prior.

The Thai team, enduring weeks of being trapped, with little food or water, facing an uncertain future with a possible yet risky escape.

Unfavourable odds for both yet we have a football team who made it to the semi-final and all 13 people safely rescued from the cave.

When we think of team work, a sports team might naturally come to mind. They are the epitome of team work. Yet it wasn’t long ago that the English footballers were accused of being over-paid egos with no real work ethic or team spirit. This perception has changed by their demonstration of unity on and off the pitch. Their performance showed a support and regard for each other, their post-match celebrations and commiserations displayed a united front and an attitude that was more about the team than the individual.

No recent story has revealed more the importance and efficacy of team work like the cave rescue.

From the trapped football team to the Navy divers, emergency services and the families of those involved, we witnessed the importance of collaboration (of resources, of skills, of effort) and a togetherness which ultimately saved lives.

The leadership of the Thai football coach, guiding the boys with meditation, teaching them how to reserve their energy and ultimately, working with the rescuers, listening, learning and following instructions contributed to the successful outcome.

What have you taken from these stories?

They are great lessons for life but they equally apply to running a business.

The resilience and determination that’s required to overcome hurdles, doubts and fears and the importance of taking those baby steps, constantly moving forwards and edging closer to the dream.

Defying the naysayers, proving the critics wrong: we will all come across them but someone has to succeed and there’s no reason it can’t be you.

When working for yourself at home, team work may seem a redundant point but don’t dismiss it. Think of the people who might help you out, think about what tasks you can outsource and think of your support network, friends and family. These are the people who are critical to your success and part of your extended team.

What stories inspire you?

See what other qualities stand you in good stead as an entrepreneur. 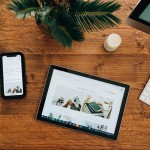 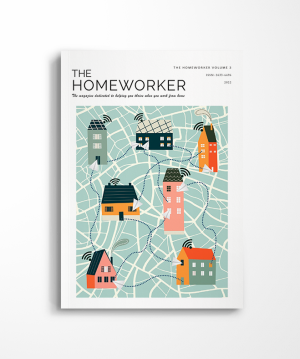